Paper and art book workshops are held in both public and private institutions throughout the year. In the paper workshops we produce sheets beginning with the raw materials from different origins. We work with oriental fibres such as kozo, gampi, mitsumata or lokta and fibres gathered locally.

The production process is carried out from the plant to the finished product. Workshops are held in Alcala la Real-Jaen, Fuendetodos-Zaragoza, Rivas-Vaciamadrid, Uruena-Valladolid etc.

In the art book workshops, in addition to the production of paper, we work on the production of art paper. For this we include a sheet of paper with different pulp of other plants and colours, all damp so that once the paper is dry the work is complete. Later the sheets are bound with external Japanese stitching to form a unique piece that is the artist’s book.

In addition we have worked abroad with various institutions in the teaching and training of paper making and art book production techniques.

Workshop ‘Paper as a base for graphic art’ October 2005, Faculty of Fine Art Damascus, Syria. In collaboration with ‘el Instituto Cervantes, Damascus’. 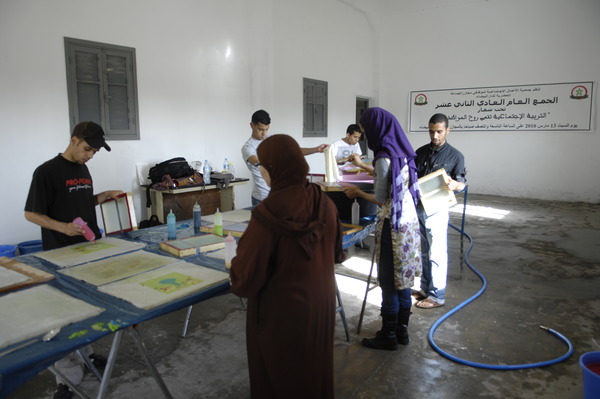 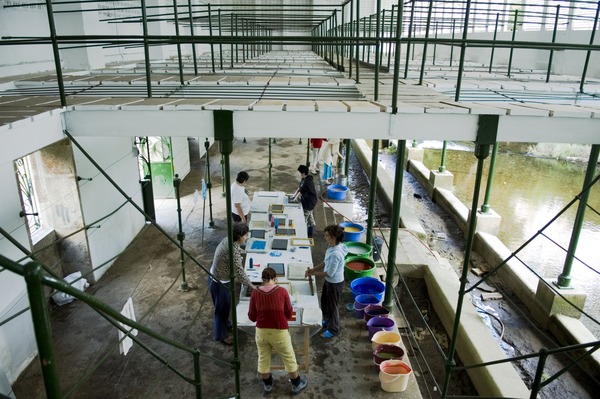 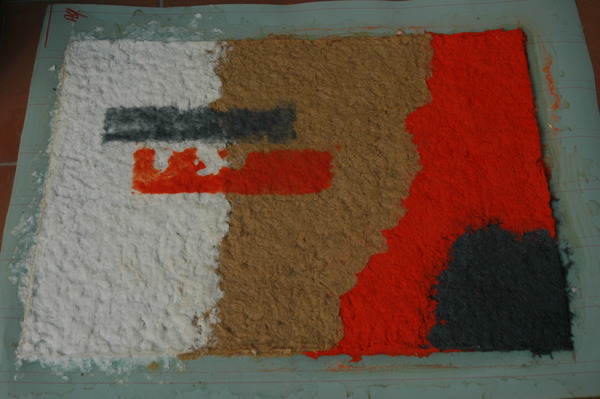 Through the extensive cultural activities carried out by ‘la Fundacion Artsur’ in different countries, paper as a vehicle has been present throughout its long history as much as in the training of students as in the holding of workshops. We actively work in Morocco, running artist book workshops in Tangiers, October 2009 and Casablanca, May 2010. 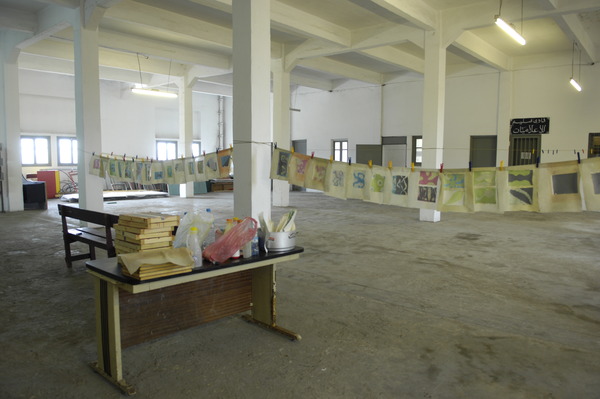 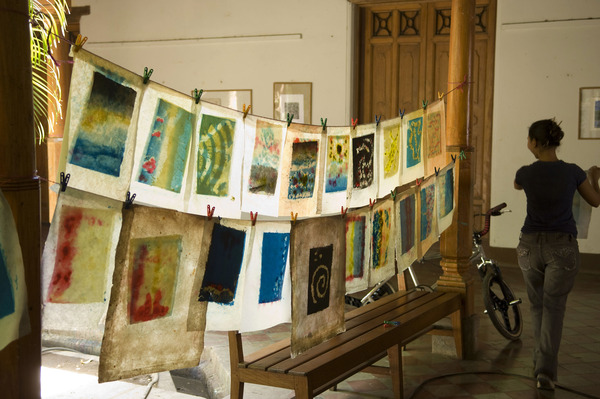 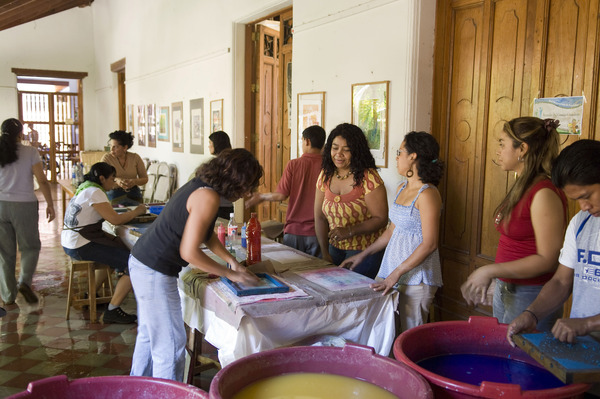 Since 2008 we have been working together with ArtSur in Nicaragua with the ‘Fundacion La Casa de Los Tres Mundos’ running paper and artist book workshops in the graphic art workshop of the C3M.

Artist book workshop in the faculty of Fine Arts in Managua 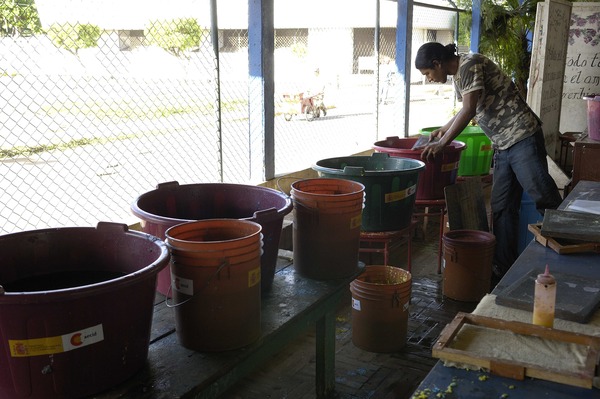 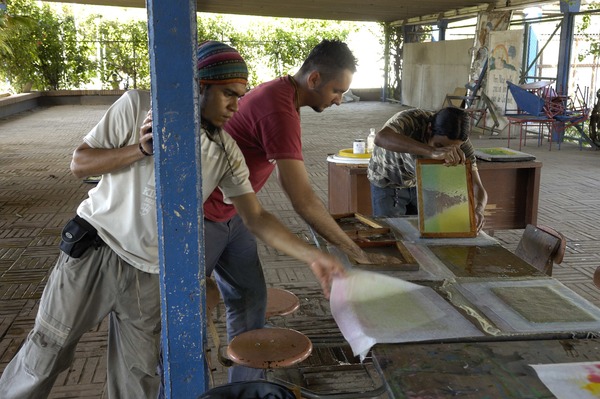 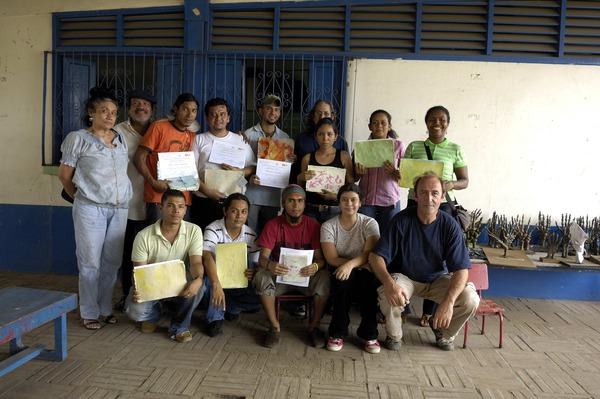 We work in the Malacatoya cooperative within the paper workshop on the research into new paper fibres such as tulle or rice straw and the training of workers in new techniques to extract paper.

In 2009 we began the setting up of a comprehensive paper workshop in Granada-Nicaragua within ‘La Sirena’ graphic art workshop. A three kilo capacity Hollander beater was donated to work cotton cloth. 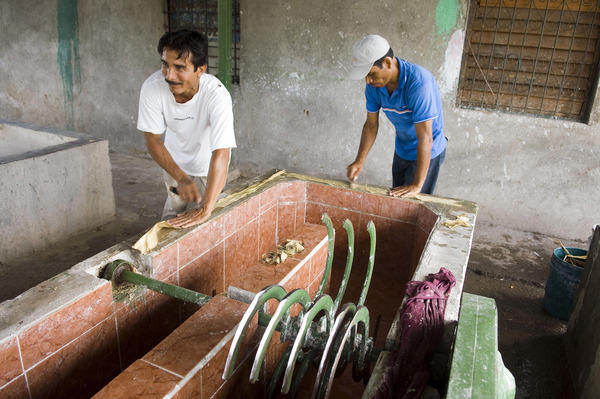 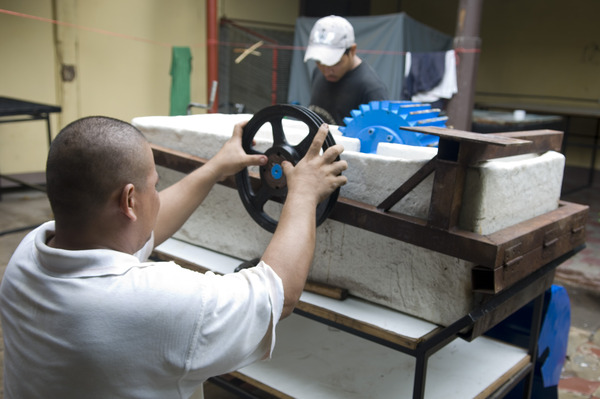 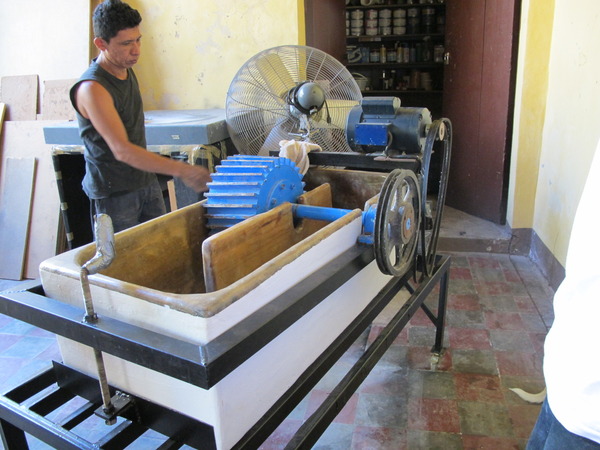 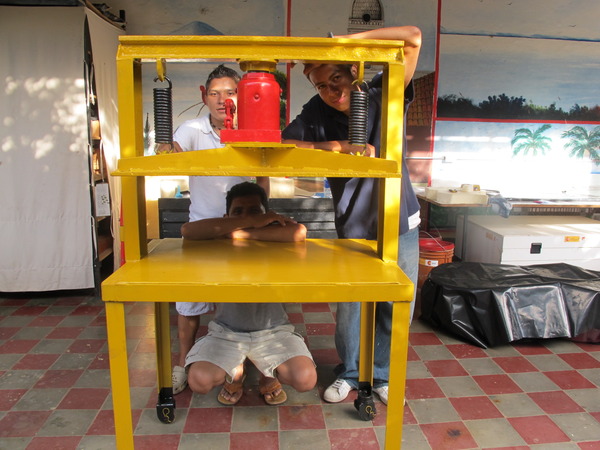 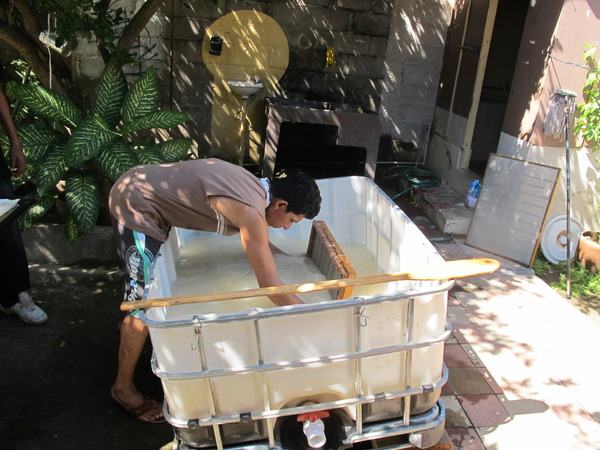 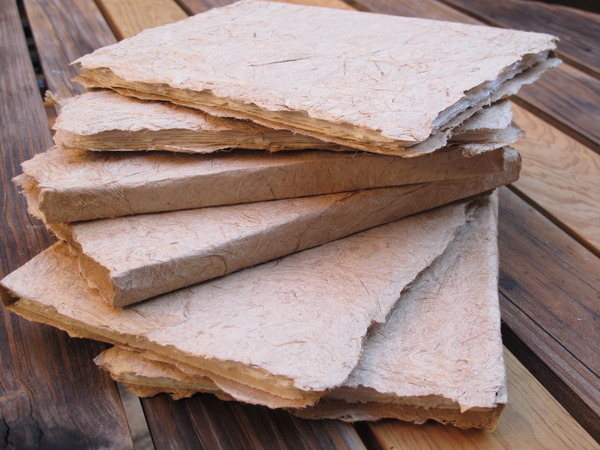 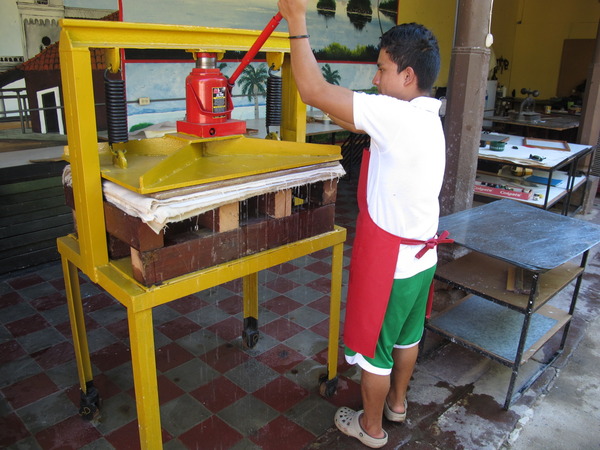 Binding is another of the workshop’s activities, both interior Spanish and exterior Japanese binding making nature notebooks. All the paper is produced in its own workshop.

Replacing the trough of the Hollander beater in the Nicaraguan workshop

It was decided to improve the output and efficiency of the old Hollander beater. An old tree was found, which had been felled by lightning on the mountain of the Ometepe Island. Once the necessary permits were acquired the trunk was cut and hollowed out to form the trough of the new Hollander beater, which was then transported to the workshop. 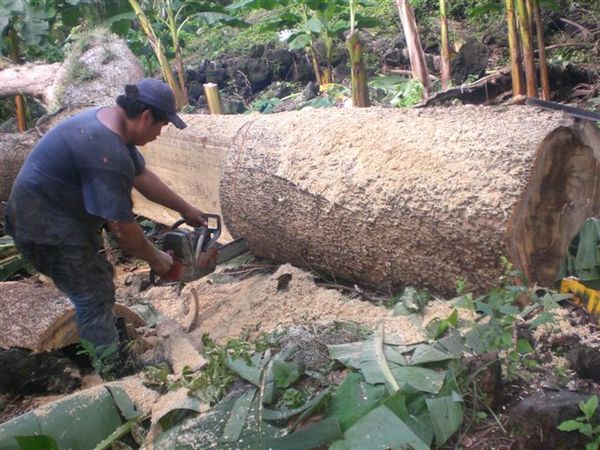 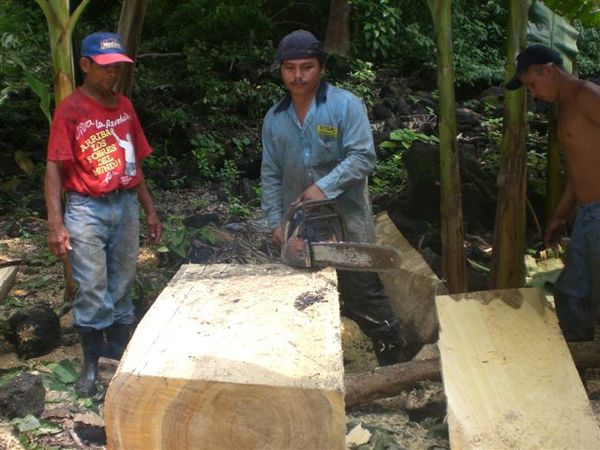 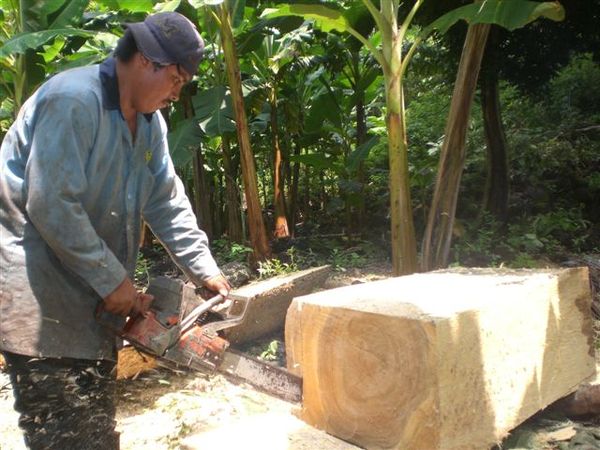 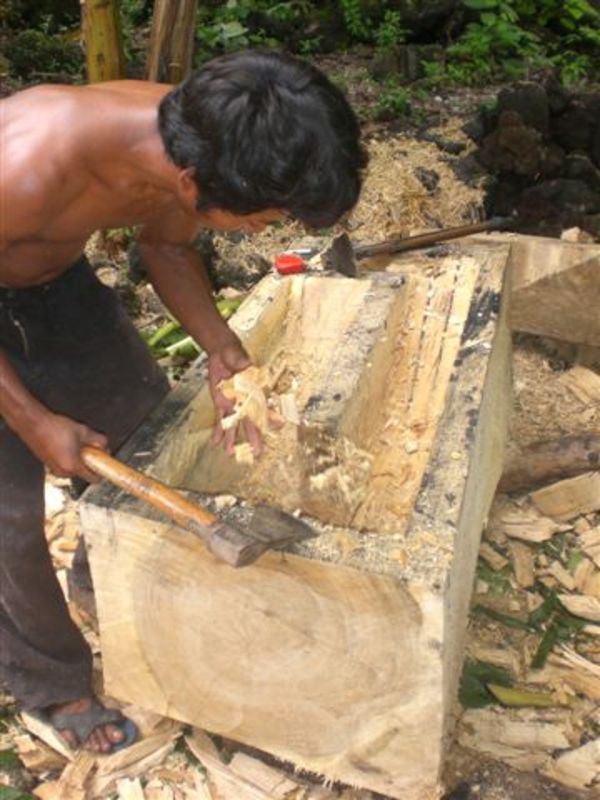 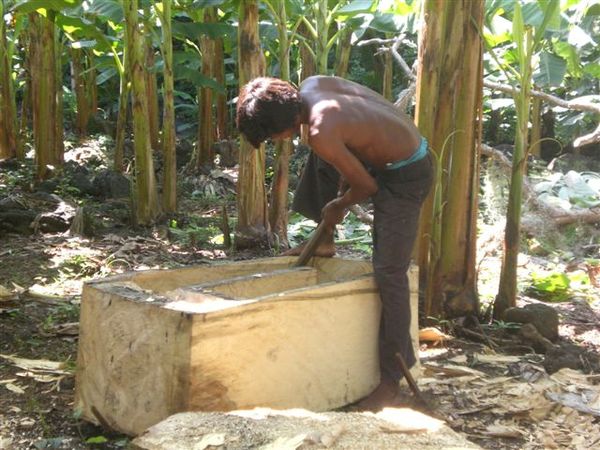 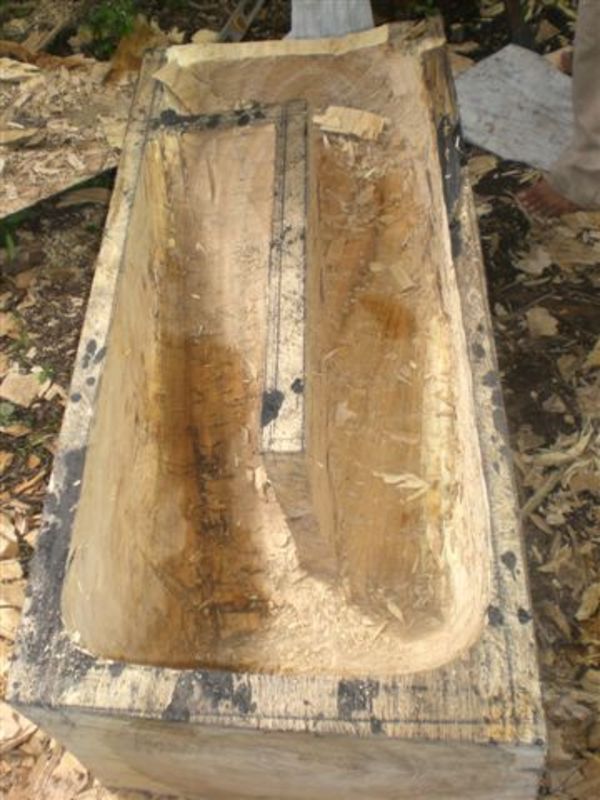 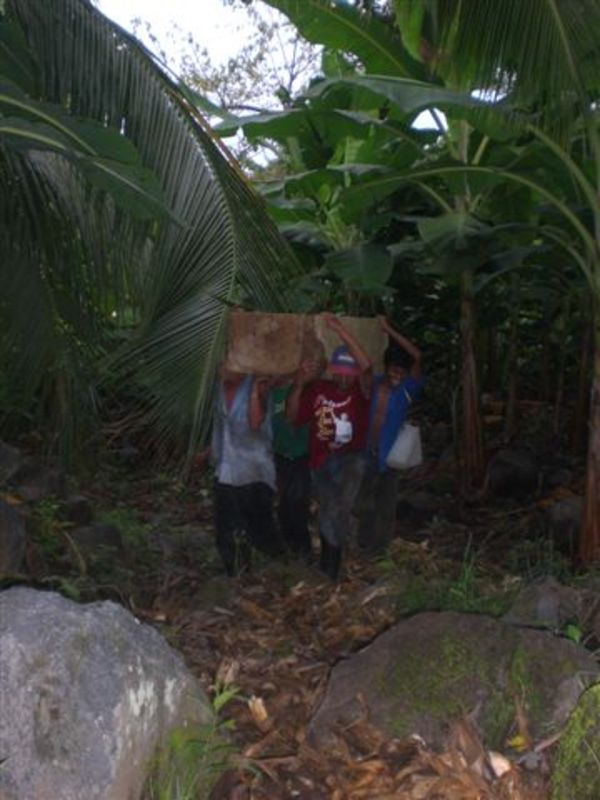 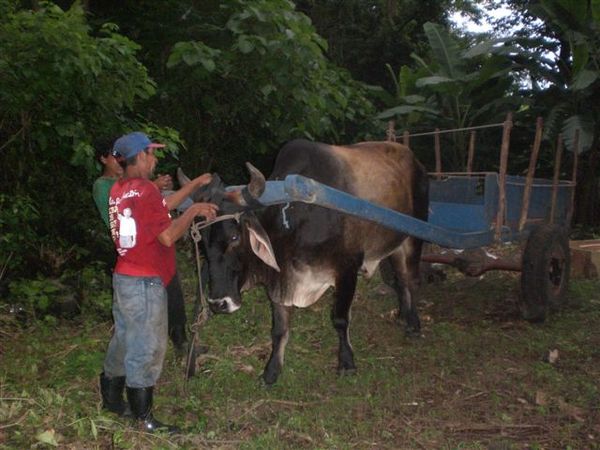 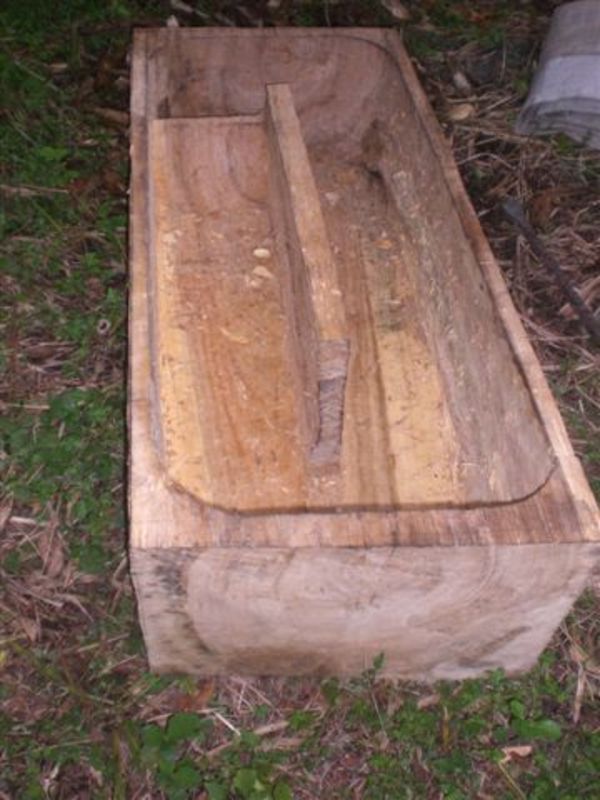 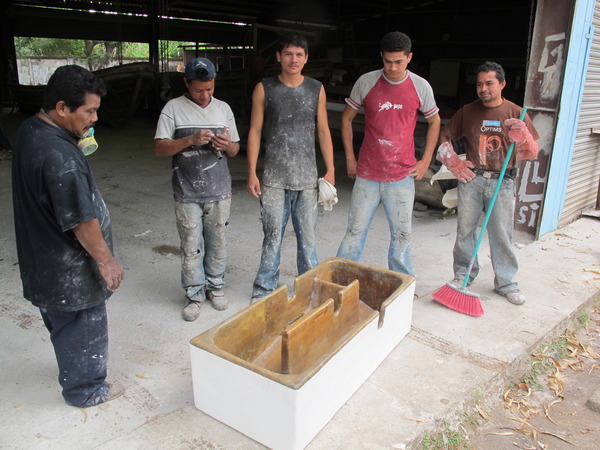