The plant Ciperus papyrus is the origin of the unique cellulose base that the Egyptians used from 3,500 B.C. It seems to have originated in Memphis (Egypt). The production consisted of separating the bark from the stalk with a blade, spreading the bark over a sheet of wood until covered and then laying out perpendicular strips. It was then pressed and beaten with mallets. This process released starch which served as a thickener and adhesive. Then the resulting sheets were smoothed and flattened with a stone. The arrival of the Greek and Hellenistic civilisations was thanks to papyrus. 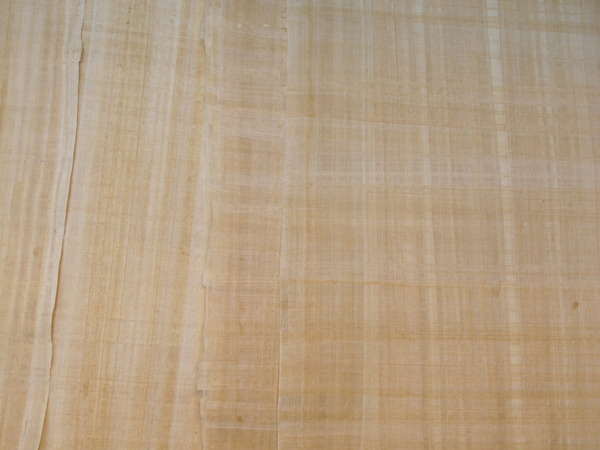